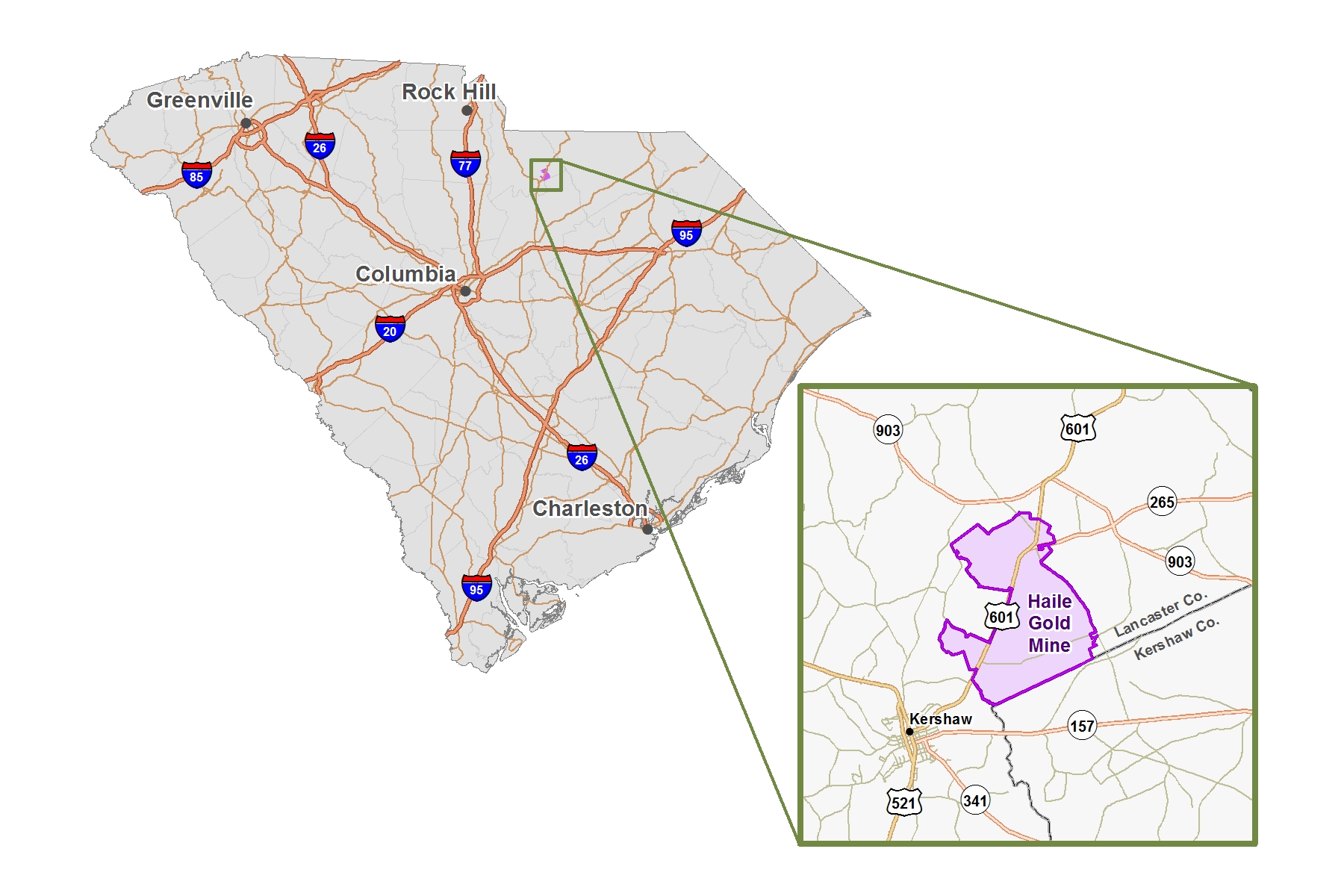 The Haile Gold Mine is located 3 miles northeast of the town of Kershaw in southern Lancaster County, South Carolina, which is part of the Carolina Slate Belt.

Haile Gold Mine, Inc. proposes to expand mining operations at their existing Haile Gold Mine located in Lancaster County in north-central South Carolina. The proposed project would include expansion of surface mining and associated mine pits and overburden storage facilities, initiation of underground mining at the Horseshoe deposit, and increased ore processing through optimization of the mill and related infrastructure including expansion of the water management system and existing tailings storage facility.

Here is a brief video demonstrating general underground mining operations similar to techniques that could be used to mine the 'Horseshoe Deposit' at Haile Gold Mine.

NOTE: The above YouTube video was created by Atlas Copco, a Swedish industrial company, and it does not necessarily reflect the view of the U.S. Army Corps of Engineers or the United States Government. Because the video is neither produced nor sponsored by the Corps, the video is provided only for informational purposes.